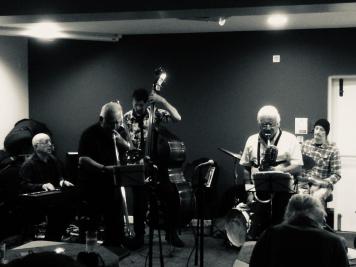 The band took us  through some familiar jazz standards and with cameos by all musicians, the following turned in to some epic time pieces including: ‘Why get up?’ (Bill Carter);‘So what’(Miles Davis); ‘Old Folks’ (Willard Robison); ‘Blue Monk’(Thelonious Monk); ‘Stella by Starlight’ (Victor Young); ‘Afternoon in Paris’(John Lewis); ‘Nardis’(Bill Williams); ‘The right time’(Dave Cliff); ‘Gone with the wind’ (Allie Wrubel). 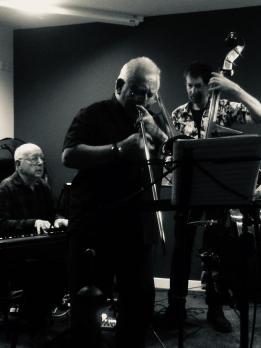 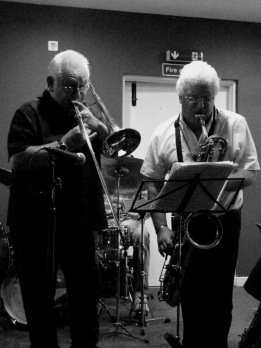 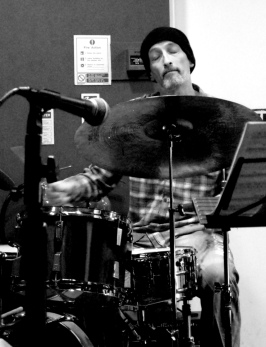 It was great to see Brian Keddie return after a long absence with some masterful playing on the trombone, Colin, superb as ever on baritone and tenor sax. The double rhythm act- Pete and Fraser, here for the third week in a row, someone give them ‘Freedom of Elgin’ or at least honorary membership of Morayshire. Much has been said about these two superb Scottish jazz musicians but do check out Fraser’s Instagram, some great jamming with Latin American friends. Also look at Fraser on MJC Instagram with a solo on Allie Wrubel’s ‘Gone with the wind ’ Last but by no means least, John Hall on keyboard was like a digit superglue, John’s rich tones provided a kind of alchemy for the band. The riff on Thelonius Monk’s ‘Blue Monk’ was much appreciated John(see clip on MJC Instagram). Gentlemen, thank you for a great evening of jazz at Moray Jazz Club, proud presenters of live jazz in Scotland ever week.